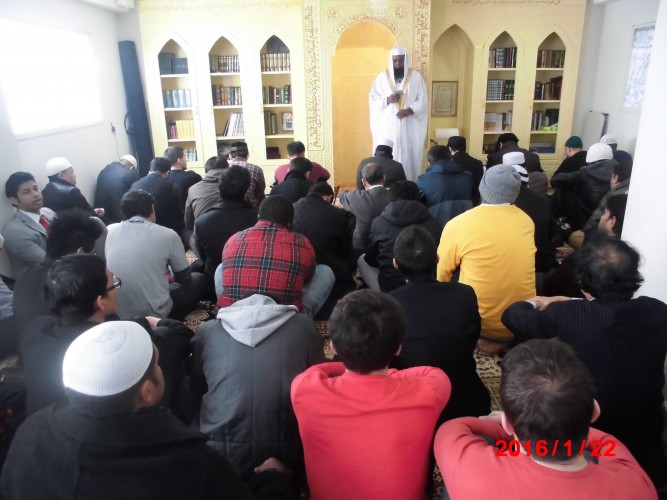 According to Islamic teachings, apart from having the right belief how important is it for a person to do good deeds?

Doing good and having the right belief go hand in hand in Islam. In fact, doing good in practice is the proof of having the right belief in the heart. This is why the Holy Quran speaks of true Muslims very often as "those who believe and do good deeds". Both the Holy Quran and the Prophet SAW have told Muslims that the best among them is that person who shows the best behavior towards other people.

Some of the good qualities a Muslim must try to acquire.

In the words of the Holy Quran and Prophet Muhammad SAW, the chief qualities a Muslim should display:

"O you who believe! keep your duty to Allah and speak straight, true words." (Surah Al-Ahzab,33:70)

"O you who believe, keep your duty to Allah, and be with the truthful people." (Surah At-Taubah,9:119)

"Be maintainers of justice and bearers of true witness for Allah, even if it (the truth) goes against your own selves or parents or relatives or someone who is rich or poor." (Surah An-Nisa',4:135)

Prophet Muhammad SAW was a perfect model of modesty and humbleness. He never spoke loudly or in an unseemly manner. In the market, he always passed by the people quietly with a smile. Whenever he heard anything undesirable in an assembly, he did not say anything out of respect for the people.

Abû Hurayrah relates that Allah's Messenger (peace be upon him) said: “Whoever believes in Allah and the Last Day should speak a good word or remain silent. [ Sahîh al-Bukhârî and Sahîh Muslim ]

Some people remain ill-mannered. hot-tempered and lewd-talkers for the whole of their lives. Their faith and belief are not at all disturbed by these evils, nor does their morality admonish them on their attitude. They have no hesitation in telling others things which are disagreeable to them. Whenever they find a suitable field to let off their steam, their tongues run away with  vulgar and obscene talks like rein less steeds. No cries stop them nor does any voice inhibit them.

The attitude of a gentleman with such people should, be that he should not engage himself in any discussion with them, because any provocation would lead to great  disturbance, and it is necessary to seal this source or  trouble. For this reason Islam has commanded to ignore the unwise people.

Once one of these illiterate persons stood at the door of the Prophet's house with a view to entering it. The kind Prophet treated him very decently and managed to persuade him to go away. There was no other go besides this, for tolerance and forbearance is the cloth by which the uneducated and the fool can be gagged. Had the Prophet SAW allowed him to do whatever he intended to do, then he would have had to hear all the drivel and the rubbish talk from which his ears thus remained safe.

Islam is more than a religion it is an entire way of life.  It teaches us how to behave from morning until night and it even tells us the best position to sleep in.  To some that might sound like 24 hours a day of rules and regulations but the truth is that Islam is such a natural way of life the rules become as easy as breathing.

Prophet Muhammad SAW smiled, often and with real joy.  In fact he smiled so regularly that his smile and kind demeanour are mentioned time and time again in anecdotes and stories from his traditions.

Jarir ibn Abdullah said, “The Messenger of God never refused me permission to see him since I embraced Islam and never looked at me except with a smile (on his face).”

Prophet Muhammad, may the mercy and blessings of God be upon him, had a kind and gentle nature.  His beloved wife Aisha described his character as the Quran, meaning that Prophet Muhammad lived by the teachings of the Quran.  Thus the behaviour and personality of Prophet Muhammad are the best examples for us to follow in our own lives.

Let us strive in our daily lives to be true in our words as well as in our deeds. It is so easy to promise but more often so difficult to fulfil that promise. So why promise unless you are very certain that you can keep your word. One simple way to remain truthful is to speak little, but always the truth, offer little but honour your offers. Make few promises, but keep every one. May Allah SWT open our hearts to the truth and let the truth remain our light in life, Insha-Allah